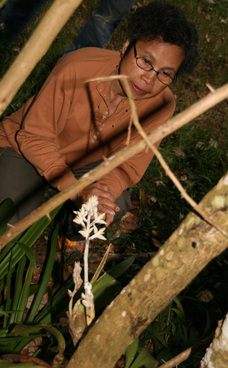 Dr Hul Sovanmoly is most likely today the most valuable person in the sector of Botanical research for Cambodia.

She is has a Phd. in Tropical Botany at the University of Pierre et Marie Curie (Paris - 1976). Widely travelled, she has since 1989 been Associate Editor in Chief of the "Flore du Cambodge, du Laos et du Vietnam" at the Museum National d'Histoire Naturelle, in Paris.

It is mostly thanks to her efforts that today, the National Herbarium of Cambodia, hosted in the Royal University of Phnom Penh, holds over 11 000 specimens of the plants collected at the turn of the century by the early French Explorers. In most ways, Dr Hul Sovanmoly holds today the keys to a large part of the Cambodian Natural Heritage.

Dr Hul Sovanmoly is featured here in the field looking at orchids, accompanied by Marpha Telepova-Texier, Viboth Ly and students of the RUPP.

Dr Hul Sovanmoly has been the first person to ask why in Cambodia, people used the english or french word 'orchidée' and not the Khmer word for orchids: 'kesorkol'
....Rightly so: doesn'it sound so much sweeter to the ear? 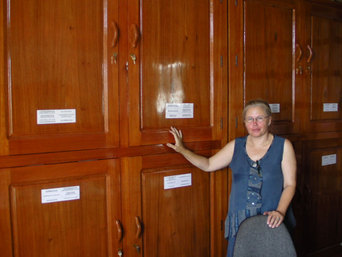 For Pr. Marpha Telepova-Texier, Cambodian Orchids could hold the key to many questions and mysteries surrounding the science of Orchids.

She has specialised for almost a decade on the Khmer 'Kesorkol' (orchid). Her passion has led to numerous discoveries and even the naming of new species such as the Acampe hulae Telepova that bears the name of Dr Hul her long time research colleague.
Marpha regularly visits Cambodia and everytime, there are at a good dozen of new species discovered or re-discovered. Pr. M Telepova-Texier has determined most of the Species on this site. Pr. M Telepova Texier is working with the National Museum of Natural History in Paris and maintains strong links with the key Russian scientifc community - highly specialised in Orchids - of St Petersburg. She has patiently instructed Cedric Jancloes on the identification of orchids.

Seen here above, Marpha proudly points to the 11 000 herbarium specimens that have recently come back to Cambodia, from Paris, thanks to the work of Dr Hul Sovanmoly.

The National Herbarium of the Royal University of Phnom Penh

The Royal University of Phnom Penh hosts the National Herbarium at the Department of Botany. Archives here go back to 1988 !

In the Herbarium are kept all the national archives. Some were collected at the turn of the century and have just been returned with the generous support of the Museum National of Natural History of Paris.

Some of the orchids featured in the site and the major part of the list of wild orchids presented here could not have been made possible without the help of the Department of Botany of the Royal University of Phnom Penh. 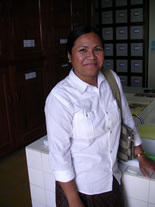 The Herbarium is headed by Mme Peou Youleang who has devoted a large part of her life to passing on the knowledge of Cambodian plants to many generations of students.

Mme Peou Youleang is also one of the key orchid specialists in the herbarium of RUPP.

Recently she has provided large inputs into the Botanical research on numerous species and has also developed research on the Dipterocarpus forests of Cambodia. 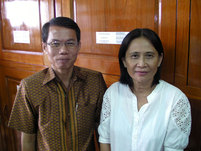 They are captured here on the day of the offical inauguration of the national herbarium of RUPP
Both are supportive of the orchid research initiative. Mme Lim Sidedine has also largely contributed to the knowledge of orchids in Cambodia.

Pr. Yok Line, now retired was for decades the Vice Dean of the Faculty of the Royal University of Phnom Penh and headed the Dpt of Botany, teaching the latest promotion of RUPP students in the field of Botanical research.

She is seen here in her last years at the RUPP, presenting a book recently published by Dr Hul Sovanmoly and translated into Khmer language.

It is one of the first key guide to botanical research in Cambodia. Pr. Yok Line has been passing on her knowledge to many generations of students. Pr Yok Line is now an advisor in the Herbarium of Phnom Penh. 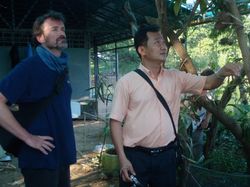 Viboth Ly is see here in the live collection of the RUPP with Denis Larpin, Lead Scientist for the tropical Collections of the Muséum National d'Histoire Naturelle of Paris.

Viboth has conducted numerous studies specifically on the orchids of Cambodia and has recently contributed to the site on numerous occasions.

He is often collecting samples in Cambodia's most remote forest areas. He also works extensively on the medicinal value of the local flora, and this includes orchids. 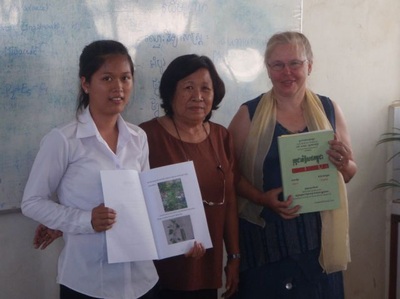 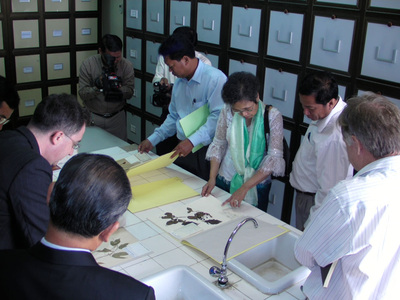 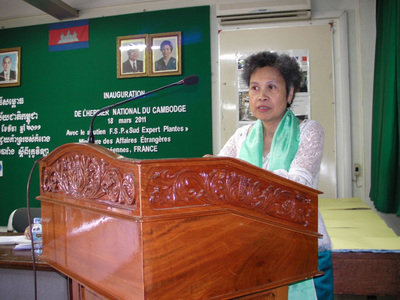 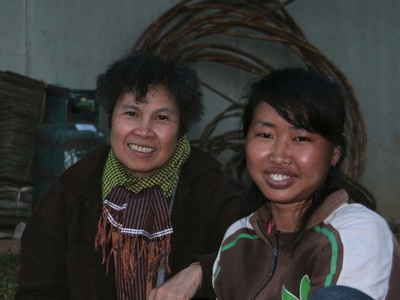 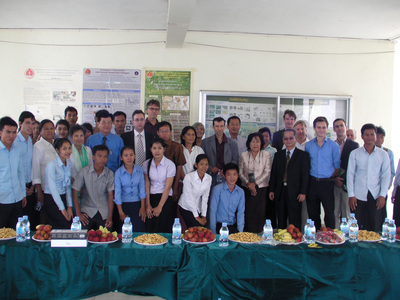 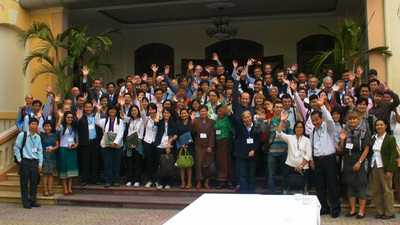 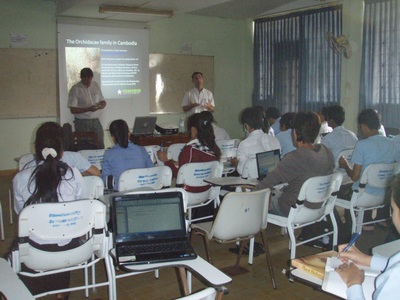 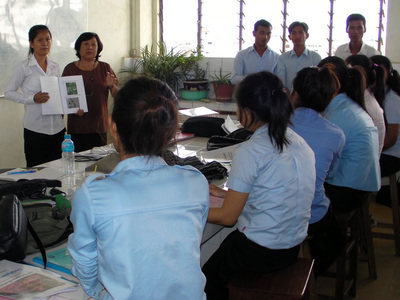