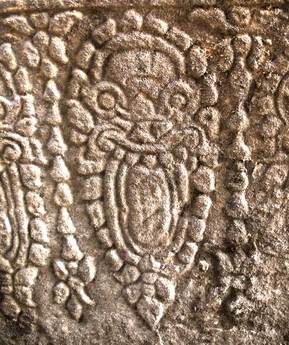 The fist micro-organisms and Alguae appeared some 700 million years ago. Most plants evolved around 140 millions years ago. Then, plants were developing ways to reproduce using seeds when came about a new revolution: the flower sexual revolution !

Recently, Harvard researchers studied the fossil remains of a bee trapped in amber. On its back was pollen from an orchid! Thanks to this, the researchers could measure the age of the orchid: it had bloomed sometime between 76 to 84 million years ago! To this day the orchid holds the record for the oldest evidence of plant pollen.

In Chinese literature and art, the earliest mentions of orchids appear in an ancient Chinese medical text of the 28th century BC. Later, (551–479 BC) Confucius called the orchid the ‘King of Fragrant Plants’. Through his poetry and his scholars, writings indicate that the orchid acquired numerous traits and representative meanings such as those of loyalty, noblesse, elegance, friendship, perfection, youth, reproduction...In fact, a Japanese legend explains how a sterile Emperor’s wife was made to inhale the perfume of an orchid. She went on to have 13 children.

We are extremely fortunate that in Cambodia too, the Khmer ancestors left a large amount of very detailed knowledge about the various plants that dominated the landscape some 1100 to 700 years ago!!

As here in the Prasat Bantey Srey, a clear description of what appears to be a Renanthera Orchid framing Rahu.

For Europeans, and for all those that use today the word ‘Orchid’, it is good to trace the origin of the word to ancient Greeks (350 BC). In greek, “orchis” – makes reference to ‘testicle’, because of the orchid’s tubers. The story of the God Orkis is also closely linked to tales of sexuality: it is said that Bacchus the God of Wine and Celebration famed one of his friends Orkis by cutting off his genital organs as a punishment for having cheated on him with one of Bacchus many wives.

Similarly, in South America, Cortez entered Mexico in 1519 looking for gold and the Aztecs gave him a vanilla flavored cacao drink used by the great leader Montezuma to fortify himself. They had been using Vanilla as a drink but also as an aphrodisiac, a medicine and as a perfume. The word ‘vanilla’ is derived from the Spanish word, vainilla, which in turn came from the Latin ‘vagina’.

Today, orchid habitat destruction is a great concern globally and here in Cambodia. The clearing of forests to harvest lumber or to create agricultural or pasture lands has seriously diminished the world’s natural orchid population. The illegal trade of this protected species goes on. It is time for the protection and preservation of Cambodian orchids. Species that have evolved over millions of years are being illegally poached and exported in the black market. The threat to orchids worldwide has never been as great as today.

This is a key reason why we are documenting this amazing plant. We hope that by first giving names to these species, we can gain and keep the knowledge of them; and by revealing their beauty, to bring people to love, to protect and preserve our natural heritage.
The word for orchid in Khmer is 'Kesorkol' - loosely translated as the 'primal flower'